Mark had this rule we lived by, and we did our best to pass on to the kids. If something makes you mad, don’t do anything about it for at least 24 hours. Oh, The Places You’ll Go! when you don’t go to your angry place. Usually, we found that we woke up the next day and couldn’t remember why we were bothered. Or, if something was still wrong, we could think it through and get it fixed.

Editors have a rule that, when someone asks to reprint a story, they have to print the whole thing. That’s smart. It keeps people from misappropriating your work, recasting it in a shape that fits them, or just flat-out stealing it.

For a while now, when it comes to my long-ago story on local breast cancer rates, I think I’ve been applying too much of Mark’s rule, and not nearly enough of the editors rule. Here’s the rub: if a blog post is misappropriating a story, a link to the whole doesn’t fix that. In the case of the breast cancer story, there are too many of these supposed “stories-behind-the-story” and “stories-around-the-story” that link-and-twist.

Bud Kennedy of the Fort Worth Star-Telegram passed on a tweet by George P. Bush today that shows a certain level of determination by a handful in Wild West Cyber Space to keep twisting that story.

So, I will do my duty and offer my annual defense (here is last year’s) of what was a damn good story in summer 2011.

I think it started when Robert F. Kennedy, Jr. made a short reference to it in an essay on Huffington Post that summer. He didn’t boil it down quite right. It grated on me, but his heart seemed to be in the right place and I thought, who am I to call up Mr. Kennedy and say, “Dude, linking is not enough, that summary wasn’t right, fix it.” After Josh Fox referenced  the story in 2012 in “The Sky is Pink,” an Associated Press reporter in Pennsylvania got a Texas-sized hitch in his git-along over it.

How huge? I endured a week of emails as this reporter tried, but couldn’t (or wouldn’t), find the original report with the Centers for Disease Control and Prevention about the concern over breast cancer rates in North Texas and flat-out ignored the report on the uptick in breast cancers in Flower Mound. Then, he tried to cook up numbers of his own through the Texas Cancer Registry and fell flat.

That clunky AP story should not derail this important conversation about breast cancer and the North Texas environment, because it offers no numbers, just odd quotes of alternate experts a full year after the original story ran.

Meanwhile, Florence Williams masterful book, Breasts: A Natural and Unnatural History, has stepped in to keep the conversation going in the right direction. Or so I hope. She reminds us that as little as 10 percent of breast cancers are straight-up inherited. Most are triggered by something in the environment, either lifestyle, surroundings or both. If you haven’t read her book, shut up about what you think about breast cancer in the environment because, to those of us who have read the book, you will just sound like an idiot until you do.

In other words, for a breast book, it’s seminal. (You’re welcome, Ms. Williams.)

The good people of the Barnett Shale know what those breast cancer numbers meant in the original story — a friend, a neighbor, a colleague, a loved one who is suffering. One fellow in Double Oak so took to heart that spun-up criticism by the AP that he devoted a chapter in his book about it. Tom Hayden is a retired math professor, not an epidemiologist, but, Hey Martha! (that’s a dog-whistle to you budding epidemiologists out there) if he didn’t find something interesting: He compared breast cancer rates for two Texas cities about the same size, Fort Worth (shale) and Austin (no shale), and did the math. He appears to have found statistically significant differences in the rates, especially when examined by race.

I want to share one last thought for the really smart readers out there, and for those journalists who remember graduate school lessons about things like hegemony and logical fallacies.

Ask yourself this when you are reading a news story about the health impacts of the shale boom: does the underlying theme in this story assume that not just higher cancer rates, but statistically significant higher cancer rates, are necessary in order to change the course of this policy or practice?

There are scores of other health impacts, too, and they can be costly. To bring such a level of skepticism about health impacts and cancer risks to writing a story? I won’t do it. That’s just messed up.

Moreover, good journalists are not stenographers. We aren’t supposed to sit down and re-write the executive summary proffered by the bureaucrat and call it a day. We’re supposed to be in the community, listening, watching. We’re supposed work hard to be the light on the dark corner, the first draft of history, the dot-connector, the bellwether.

That’s what I did with the breast cancer story. All kinds of people read the news to understand what’s happening in their community and to better inform their work, and that includes scientists. The really smart ones are looking for clues to the next paradigm shift.

So, after the original story ran in 2011, maybe that’s why UT-Southwestern called me and asked for reprints of it. They told me they wanted copies for their team.

Doesn’t sound at all to me like my sources thought I got the story wrong.

There is a still a lot of work to be done in Texas. Tens of thousands of wells have been dug and those of us who drive the back roads and talk to people and know the patterns of history have got a pretty good idea what’s coming next.

The rest of this breast cancer conversation has to be taken up by you smart and discerning readers out there. You need to keep it going in the right direction.

I just got back from The Mayborn Nonfiction Conference and I need to get back to work. But if I have to, I’ll be back next summer for my annual defense of the breast cancer story. 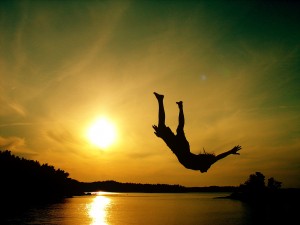