This month has been filled with numbers. I was going to funny-blog about one of them — passing the 2,000-mile mark on my running odometer — but now I don’t have the heart.

I distance run because my friend, Susan Sullivan, got sick. She is known to many as Runner Susan, for her running blog that turned into a shale blog for a bit after she got sick. She had to have a hysterectomy because her girl parts were filled with tumors. I told her, when she was recovering, that I would run with her when she got well. I’d already lost some of my girl parts by then. More than two years later and we are still running together.

Ever since Sam was a toddler, I’ve been running a different kind of run with Sam. When he was born, autism was rare, about 1 in 10,000 to 15,000 births. This month, the Centers for Disease Control and Prevention came out with a new estimate: 1 in 68.

That number represents a financial burden that will crush us. The estimated lifetime cost of raising and caring for a person with autism is $1.4 million, compared to about $250,000 to raise a normal child.  When today’s kids with autism are adults, there will be just 67 other people for each to help shoulder the burden.

If our kids are the canaries in this coal mine of environmental assaults, this run-away incidence rate clearly hasn’t been the bitch-slap policymakers need. I cannot understand why they can bring themselves to regulate with the precautionary principle sometimes and not others.

If the need is for more immediate threats, like people, even kids, getting cancer, that doesn’t seem to be driving the message home either. In the Virginia Environmental Law Journal, University of Texas professor Rachael Rawlins had things to say this month about the health impacts of shale development on policymakers. The UT press office summed it thusly:

Rawlins examines the Texas Department of State Health Service’s cancer cluster analysis conducted in response to parents’ concerns about seemingly excessive cases of childhood leukemia in the suburban community of Flower Mound. Although the state acknowledged that gas industry emissions include benzene, a carcinogen known to be associated with leukemia, the state dismissed further analysis with a preliminary study after concluding that it was not able to confirm with 99 percent certainty that cancer rates were significantly elevated in Flower Mound, Rawlins writes. Rawlins explains that, even when the state confirmed elevated rates of breast cancer with 99 percent certainty, it was too quick to dismiss the possibility of an association with toxic emissions.

The article reports on a reanalysis of the state’s data prepared by UT Austin researchers in collaboration with Dr. Maria Morandi, a faculty affiliate and former research professor from the Center for Environmental Health Sciences at the University of Montana. The reanalysis found, with 95 percent certainty, that rates of childhood leukemia and childhood lymphoma in Flower Mound are significantly higher than expected; there is only a 1 in 20 chance that the difference is random. In science, 95 percent certainty is considered the norm.

(Oh, yeah, the old breast cancer story. Now where did Josh Fox and the Merchants of Doubt over at the Associated Press move the boxing ring for that story again? Wait, wait, don’t tell me it’s time for my annual defense again.)

I’m feeling dark today. March is going out like a lion and I just don’t feel like lighting it up blue. But you all go ahead and have fun. 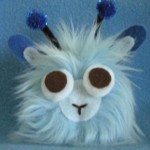