When Sam was 14, he enjoyed hopping on his bike and pedaling around the neighborhood. We knew he didn’t go far, maybe a mile or so, and back then our country road was quiet. We appreciated that he had found his way to explore the world. We thought that was important for his growth and development, so we tried to keep our worries in check. 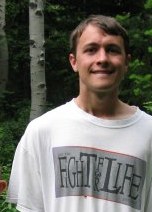 He went out on his own one day when Mark and I had gone somewhere on an errand. When we returned, we were surprised to see a police car parked in front of our garage. In no time, Mark was in between the officer and Sam, who was pacing in the back of the garage, talking to himself, as the officer stood in the doorway trying to question him.

My heart was pounding. I could only stand there and watch. The officer left shortly after we arrived, but I knew Sam was in trouble.

It took some time to piece the story together.

Sam had pedaled down a new street, where a handful of large new houses were being built. He saw that many of the windows had been broken in one of the houses under construction at the end of the cul-de-sac. He got off his bike and walked up to take a closer look just as the officer was making his rounds. Sam scrambled back on his bike and rode home as fast as he could, with the officer chasing him in his car.

According to the officer, Sam was repeating the phrase, “Yep, it looks like I did it,” as he was pacing in the garage.

The officer wanted Sam to submit to a footprint, but we refused. The officer already had him at the scene. Our further cooperation wasn’t going to help Sam. We knew it was out of character for Sam to throw rocks at windows, but we couldn’t be completely sure. And we knew, too, that most every parent has probably insisted to police that their child “would never do that,” when, in fact, they had done whatever it was they were in trouble for.

As communities all around the nation, from New York City to Ferguson to Los Angeles, demand more from their relationships with their local police, I can’t help but think that in another city or another time, the outcome of that chase would have been totally different for Sam.

I was grateful that our local police didn’t overreact, but I couldn’t leave the situation as it was.

About five years before that drama in the driveway, just after we moved to Texas, I was horrified to read about Michael Clement, a teen with autism who had been killed by Plano police. His parents traveled to Michigan for their older daughter’s college graduation and hired a caregiver to take him from school to home. When the caregiver took him to a group home where she worked instead, Michael got upset. The staff at the home lost control of the situation and called police, who were even less prepared to deal with an upset young man with autism. According to court records, the officers were in the house just 19 seconds before killing Michael, who was suspected to have been holding a knife when he came out of the kitchen.

After I read the story, I shared it with a good friend, the late Don Louis, who worked as a grant writer and project developer at the University of North Texas in what was then the School of Community Service. Don convened a group of experts, and facilitated several fact-gathering conversations that included Michael’s parents, Pauline and Warren Clement, eventually developing a training module for police.

It was well received, including being approved by the state for the official police training curriculum, although for their continuing education.

I asked Don to get me a copy of the training manual to take to the police chief. I called my good friend, Judy Martin, who had a son with autism, too, and we asked for a meeting with him. Judy and I reminded the chief that our boys were just the first of a wave of youngsters with autism that would soon be teenagers and likely to have encounters with police as they aged. I was happy that the chief came prepared for our meeting and was receptive to the materials.

I knew that wasn’t necessarily the end of Sam’s trouble, with an open investigation into that vandalism and him at the scene, but I was glad we made the overture.

About a month later, I happened to be sitting in a town council meeting when the chief updated the council on the department’s activities. It turned out a group of boys from another nearby neighborhood had been caught vandalizing and they confessed to breaking the windows of the home where Sam had been.

As he made the announcement, he looked over his shoulder and gave me a knowing glance. That night, I told Mark and Sam that he was finally in the clear.

The situation traumatized him, though. We made a concerted effort for him to trust police again. It helped that the officer who had chased him down the driveway was often on school grounds and he reached out and talked to Sam.

But he still gets nervous when he sees an officer. And he never rode bike again.