It’s been ten days since we’ve seen our cat, Tiger, although I knew the first morning when I opened the back door and he didn’t show that he was gone for good.

Tiger came to live with us as an outdoor cat. He was one of several kittens that a co-worker’s wife found in a box on the side of the road fifteen years ago. We were living on the farm at the time and had been having trouble keeping cats, as often happens out in the countryside. But Paige was 10 years old and pining for a cat, so we picked the male orange tabby kitten for good luck. 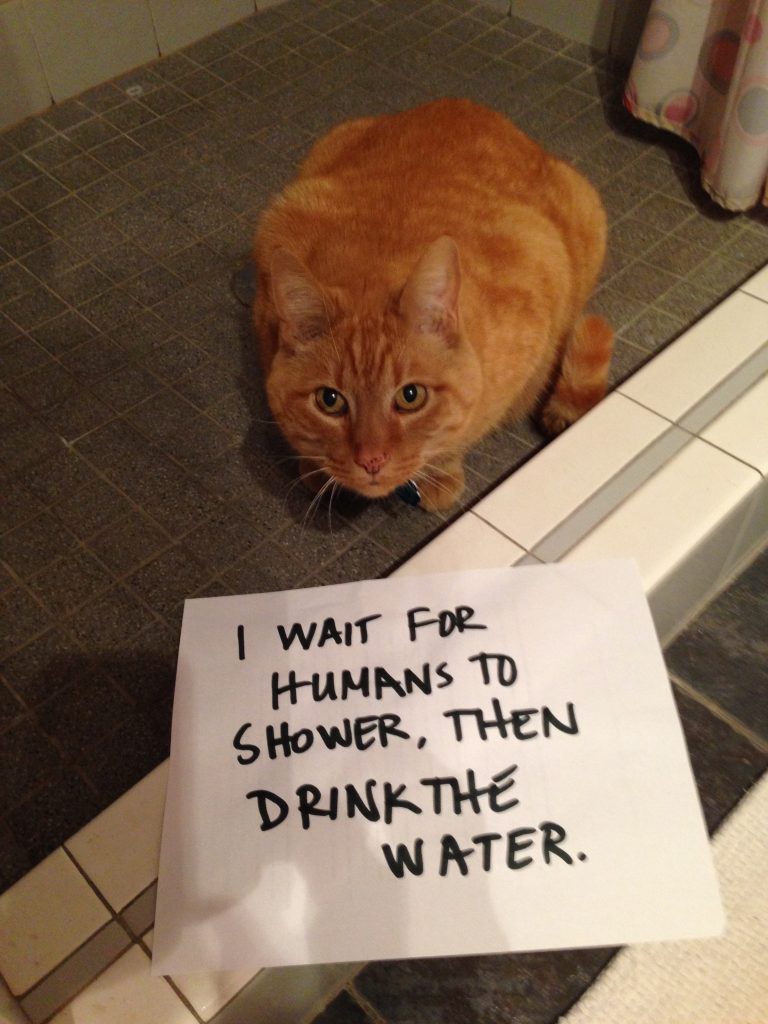 Tiger proved to be a survivor. Even as coyotes, owls and other predators exacted their toll on our farm, Tiger knew when to hold ’em and when to fold ’em. When it was time to move into town, I was apprehensive. He’d lived on the farm for more than a decade. I got advice from other cat owners and the veterinarian. On moving day, I was ready with drugs and a crate, but as soon as the moving vans showed up in the driveway, Tiger, ever the survivor, hid out. Two days later, he got hungry enough for the new owner to catch him in the house and call me.

During the transition, he fought against the drugs so it was like having a drunk college student lumbering around the house as we unpacked boxes and filled cupboards and closets and bookshelves. After a week of supervised outdoor time, he started fighting the whole cat-on-a-leash thing. I opened the door and said, “good luck little buddy.” I don’t know what I was worried about. He was a survivor and he knew where he lived. That’s where his food dish is!

Now that he’s gone, I feel the loss, as I knew I would, even though I’ve also known I won’t get any more cats. I’m a dog person. I have been since I was a girl, obsessed with learning all the breeds of dogs and reading stories about dogs and pining for a dog myself.

While our dogs have reminded me of the rewards of loving unconditionally, I have to give props to Tiger, whose utter cat-ness provided insight into life’s more complicated doings and feelings.

He brilliantly established his personal space. Pet him just a stroke or two when he wasn’t feeling it and he bit your hand or arm or leg or foot to let you know. Even when he was willing to sit for a little cuddle time, you still got bit at the end.

He ate ritualistically: every half hour or so, he returned to the bowl to eat several bites. Ergo, we learned to always pause for a moment when we opened the door to let him in (or out) and forever keep kibble in the bowl.

He often joined the dog and I on the first block of a walk. Then he decided either we weren’t worth the effort or going into the wrong territory and he went off on his own.

When Paige went off to college, the cat expressed how distressing the empty nest was by peeing all over the pricey feather bed I bought to deal with a too-hard mattress. I didn’t even try to recover anything. The feather bed got tossed in the trash. I still sleep on that too-hard bed.