Sam got an email Friday giving him a day’s notice for a chance to ride on a float Born2Be would have in the North Texas Fair and Rodeo parade Saturday morning. He forwarded the email to me. I replied that I already had promised to run trail with Susan Saturday morning, but this looked like something fun he could do on his own.

When I got home from work that evening, he said he just didn’t think that a day’s notice was enough notice for him. Did he have to go to work Saturday? Did he have other plans? He said no. But, from time to time, through the evening, he would talk about the parade. I knew he was thinking about it.

Sam decided to call someone at B2B for more information, and went to bed early with a tentative plan of how he would fit the parade into his day. Sam’s right, a person does have to lay some groundwork to be spontaneous.

Saturday morning we all were up early, and he was ready to head out the door to get there in time to meet everyone else. He was home by lunch and said he had a great time. 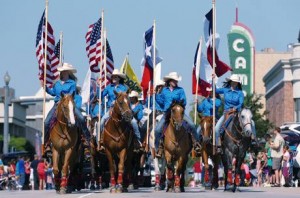 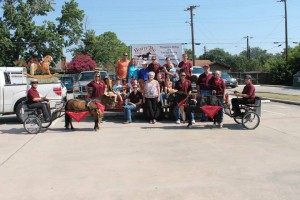