“Because you know, nothing bad ever happens to a writer; everything is material.” – Garrison Keillor.

I learned about stage fright at age 10. I had been taking piano lessons for a year. My memories of that first spring recital are a little foggy, except, just before I sat down to play, I saw my dad slip in the door of the recital hall (someone wheeled a spinet piano into the school cafeteria). And I played my song without stopping.

That’s a victory when you are 10 years old.

After the recital was over, I went home with my dad. I tried to eat dinner, but instead I vomited and went to bed.

I loved playing the piano, though, so I kept up with my lessons. I didn’t play again in public for about five years. When it was time, my new piano teacher was clever.  (I didn’t tell Mr. Kaehr about my stage fright. But he apparently knew and he knew how to prepare me.) He had me work up Ernesto Lecuona’s Malaguena – so fun and flashy – to play during the honor society banquet. When I was done, the crowd’s reaction told me that they didn’t expect what they’d just heard. That was incredibly affirming, enough for me to perform, and recover from performing, vomit-free, for several years.

When I headed to college, I majored in music. I could get through the performance of a single solo on a departmental recital all right, but putting together an entire solo recital was another matter. I could channel that adrenaline for 10 minutes, but not an hour or more. After one recital I couldn’t even make it through the reception afterward. Went home, vomited and slept all weekend.

I’ve never thought of myself as a risk-taker, especially compared to my late husband. To Mark’s credit, however, he thought through things. In his mind, he wasn’t taking risks. He was fearless in persevering and adapting. I tried not to be afraid of opportunities, or leaning in when problems showed up.

For example, we recognized we couldn’t get help for Sam if we were shrinking violets. We spoke up, we stood fast, we made plain that we expected delivery of the help he needed. Neither of us would take credit for what Sam has accomplished. However, we would have admitted to sweet-talking, cajoling, persuading, wheedling, and outright pushing the people around him when and where necessary. (And, I’m sure, where others in his life might have said wasn’t necessary.) I learned to channel that swirling adrenaline for the length of special education team meetings.

After Mark died, there was no hedging. All bets were off.

Still, I didn’t recognize being in small claims court this week as an indoor edition of Outward Bound until it was over. 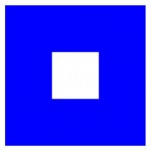 A friend, who’s a lawyer, told me that what I’d just done many lawyers in town have not done: argue my case in front of a jury.

When the jury was out, I did confess to the bailiff that the experience was terrifying.

Sad to say, in the Texas justice system, there apparently is nothing in between refusing an insurance company’s first offer to settle your case and finding yourself in front of a jury — unless you just want to up and say ‘never mind.’ 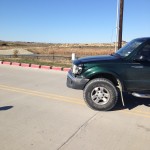 My insurance company investigated and determined I wasn’t liable. But the truck is so old, I only carry liability. I was on my own with the other guy’s insurance. And, as Mark would say, “just to make this really interesting,” this company has a poor reputation with many people.

Including me. I’d gone to the mattresses once before with this company.

I refused their first offer, which was totally inadequate. They never budged. When I sued in small claims, I expected mediation or arbitration. I hoped for another offer.

Their response to my petition was to ask for a jury trial. I think I was supposed to run from the room at some point, but that just never occurred to me.

I was sticking up for myself and my family.

I lost the argument before I could ever start. The insurance company’s attorney called for a pre-trial conference with the judge to make sure I couldn’t tell the jury much of anything at all.

I felt bad for those people. What a waste of their time. They had no idea.

The whole ordeal lasted two hours. It was a terrific education into the Texas justice system that I won’t soon forget.

And, when I finally got home that day, I didn’t vomit.

Posted in decision-making, driving, getting back on the horse, problem-solving, self-advocacy